I have another pest to add to the growing list of threats to a Buxus plant’s health and well-being. This one is the red ant (Myrmica rubra).

There’s been a lot of head scratching at a place where I work to discover the reason why leaves of a single box plant were starting to yellow in healthy, established box hedging. If it’s nutrient deficiency or lack of watering then you would expect to see other plants in the box hedging display the same symptoms.

The answer is explained by small mounds of loose, fine textured soil around the base of the Buxus- the spoil heaps from red ant excavations as they build their nests.

Red ants don’t directly damage the box plant. Their activities disturb the soil around the base of the Buxus, creating small air pockets that can cause the roots to dry out. The damaged root system struggles to access necessary nutrients and moisture required for healthy growth and leaves begin to yellow.

Box plants are particularly vulnerable to this type of damage as their fine root systems are just below the soil surface. One of the reasons I recommend mulching around the base of box at least once a year to prevent drying out.

If a box plant starts to show signs of red ant activity, then there is still a chance of recovery. First the ants must to be dealt with. I would avoid using ant powders as these are indiscriminate and may contaminate the soil.

Small ant bait stations placed around the base of the Buxus is effective as the ant carries the poison into nest. Avoid using boiling water as this will damage the box plant’s roots.

Give the box plant a good water when the ants have gone and then mulch around the base with a organic rich compost. Keep the box plant well watered during dry periods but be careful not to over water. Box plants hate having their roots sitting in saturated soil.

Apply a foliar feed, such as Topbuxus Health Mix or liquid seaweed extract, every four weeks during the growing season.

The box plant should soon show signs of recovery. If not, then consider replacing in the Autumn. Sick or stressed box plants are vulnerable to diseases like Volutella blight (Pseudonectria buxi) that may affect the rest of the box hedging. So it is sometimes worth replacing rather than trying to recover one sick box plant. 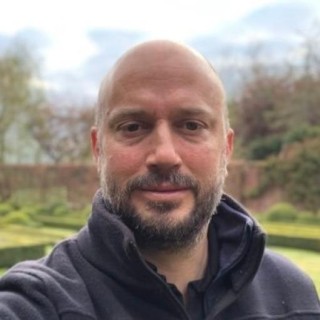 I’m a topiary specialist based in Worcestershire, UK. I also work as a freelance writer, contributing articles about topiary and hedging to trade and horticulture publications.

I am a participant in the Amazon Services LLC Associates Program, an affiliate advertising program designed to provide a means for sites to earn advertising fees by advertising and linking to Amazon.co.uk This does not influence my choice of products to promote.